During the 1990s, Sega gave planet codenames to its consoles and hardware. While some of the examples of the naming scheme were released publicly, many were cancelled or had to be renamed due to prior trademark applications.

The naming scheme was created during the development of the TeraDrive.[1] IBM referred to their projects with star codenames, the TeraDrive subsequently known to them as "Spica".[1] Sega were influenced by this, and named the project "Terra" (meaning Earth).[1] However, the company discovered at the very last moment that the name had already been trademarked by another company, leading to its renaming as TeraDrive based on the Mega –> Giga –> Tera logic.[1]

Following the TeraDrive, staff continued to use this naming scheme out of documentation convenience. Further trademark issues arose with other hardware; the Saturn was always known officially as "Sega Saturn" due to a toy company holding the trademark for a toy based on the rockets of the same name.[1]

It is unknown whether the Sega CD, Sega Mega Jet, Sega Pico, arcade hardware, or any other Mega Drive/Saturn-related hardware were designated codenames. 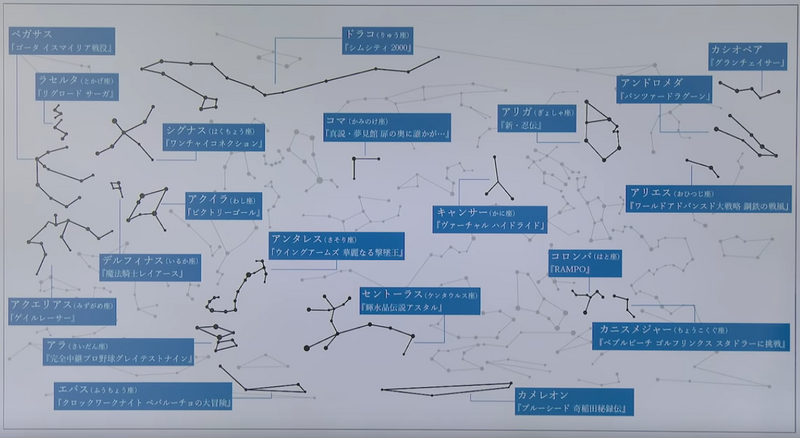 In addition to using planet-themed codenames for its consoles, the initial lineup of Saturn games also used codenames internally, this time as constellations[5]: