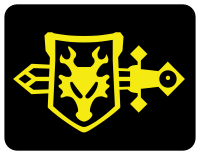 Though not particularly well known for its RPGs or for having many, the Sega Mega Drive did have a fair enough amount of them, from Sega's own flagships in the Phantasy Star and Shining series to various third-party efforts by a number of smaller developers to the Chinese unlicensed game market. Many of the more coveted RPGs were only released in Japan, and both hobbyists and commercial outings like Super Fighter Team work to bridge both the regional gap and the quantitative gap in the genre.