Difference between revisions of "Ecoplay"

Ecoplay (formerly named Ecovideo/ Ecofilmes ) was founded in Portugal, in October 1984, by Portuguese businessmen, Gil Oliveira Santos[1] and Rui Manuel Rodrigues de Almeida Fonseca, and Portuguese journalist and founder of Oporto[2] International Film Festival Fantasporto[3], Francisco Mário Dorminski de Carvalho (best known as Mário Dorminsky, Ecofilmes Marketing Director and CEO from 1990 to 1995), starting its activities in film distribution. In 1991, the company entered the videogame market through the exclusive representation of Sega (hardware and software) and quickly extended its activities to the distribution of multi-platform software.

Ecoplay did an excellent job of promoting and publicizing the games and consoles throughout the country with the support of Bozell Portugal (which localized, and adapted many Sega US television commercials and print advertisements for the Portuguese audiences), although this work was facilitated from the outset due to the network of video rental shops that Ecoplay supplied.

With the representations of Electronic Arts and Microsoft, Ecoplay reached high volumes of business that influenced the decision of these multinationals in establishing themselves directly in Portugal. Currently, Ecoplay prominently leads the Portuguese market for videogames and represents some of the world's most important publishers and peripheral brands: Activision Blizzard, Capcom, Konami, Milestone, Sega, Square Enix and Tecmo Koei.

Ecoplay belongs to a group of Portuguese companies, led by the european holding International Entertainment Group SGPS S.A. (also a owner of the Brazilian video games distribution company Ecogames[4][5]). Ecoplay sister companies are PRIS Audiovisuais (formerly Prisvideo) in the market for distribution of films and other audiovisual products and Goody in the media market, while Ecoplay manages video games distribution. 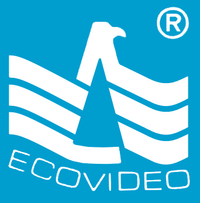