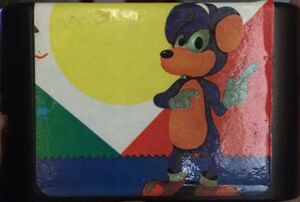 There is an abundance of bootleg cartridges for the Sega Mega Drive sold around the world, particularly in markets which lacked an official Sega distributor. Sega Retro is attempting to document as many as possible, however given the huge volumes of games, it may not be possible to create a complete list.

The origins of most Mega Drive bootlegs are not known, although it is thought the majority originate from China and Taiwan, and are still being produced to this day. This list should only cover those which are "professionally" manufactured and sold at retail, not one-off carts produced at home by collectors or fans.

For many countries in the world, bootleg copies of games was the only feasible way of experiencing Mega Drive games, and therefore many of these cartridges play an important role in Sega's history (meaning it is within the scope of Sega Retro).