Headhunter Original Soundtrack is an album containing music from the Sega Dreamcast game, Headhunter. It was not released commercially, instead given away at an unknown convention in the United Kingdom. 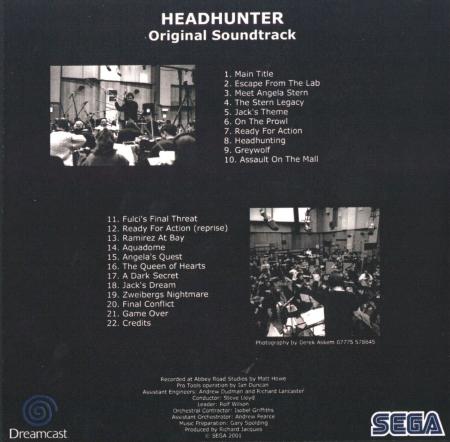