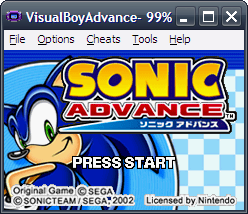 VisualBoyAdvance (VBA) is a free software emulator distributed under the terms of the GNU General Public License. It emulates software targeted for the Game Boy, Super Game Boy, Game Boy Color, and Game Boy Advance handheld game consoles sold by Nintendo. VBA is (as of 2006) the most popular such emulator for Win32. VBA and gnuboy are the most widely distributed Game Boy-compatible emulators.

The VisualBoyAdvance project was started by Forgotten, but was discontinued by him and the project was overtaken by a team now referred to as the VBA Team.