Caliber.50 is a top-down run-and-gun video game originally released in arcades (as Cal.50) before being brought to the Sega Mega Drive in 1991. The Mega Drive version was only released in North America, although Visco had plans at one stage to release a Japanese version.

Captain Addis of the United States Army must rescue his fellow soldiers twenty years after he failed to retrieve his men during the Vietnam War. He must now re-navigate through the Ho Chi Minh trail in order to liberate his captured comrades-in-arms.

The game is an overhead run-and-gun. Players control a United States Army pilot, Captain Addis, who was taken as a prisoner of war in Vietnam in 1972. Addis must escape the prison compound by battling enemy soldiers with guns and grenades. Addis moves in any direction with the D-Pad. He shoots his gun by holding

and throws a grenade when

is released. The gun has unlimited ammunition but grenades are limited.

There are two control schemes for aiming the weapon. Using Type A, Addis rotates left with

and rotates right with

. Using Type B, Addis always fires in the direction that he is facing.

The game has three difficulty levels (Easy, Normal, and Hard), and the player can set the amount of lives initially available.

Items are found in crates or dropped by enemies.

The Mega Drive version is severely watered down from the arcade original, not just in terms of graphics and sound, but also gameplay, as the controls need to be mapped to three buttons. The arcade cabinet used special joysticks which could be spun around to rotate the player. To compensate, there are fewer enemies on screen, and the player is given a life bar. 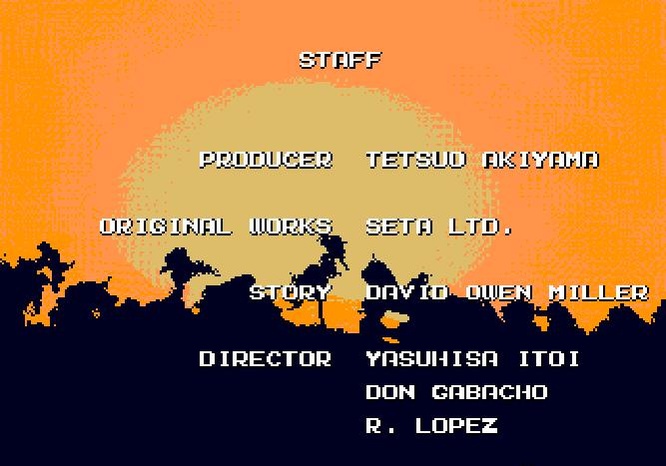