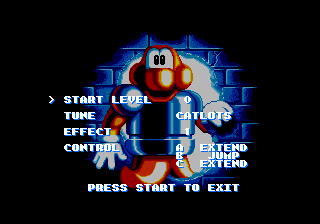 On the title screen, press HOLD

, then release the buttons after the screen has gone black. This will display a hidden menu with a level select, a sound test, and control settings. 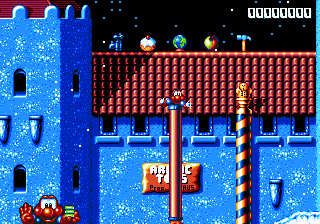 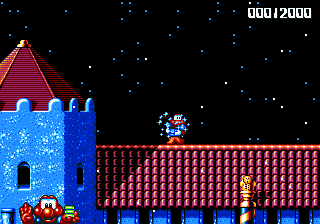 In the hub world, there are five objects placed on the roof. If collected in the order cupcake, hammer, Earth, apple, tap, cheat mode will be activated and Pond will become invincible for ten minutes. 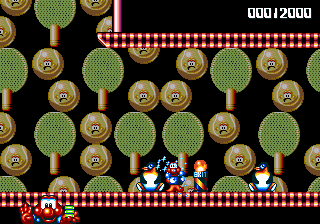 With the cheat mode enabled, pause the game, press

, then unpause. Pond will warp to the level exit.

This code can cause issues if the level doesn't have a traditional exit (e.g. the hub level), sending the player to coordinates off-screen and soft-locking the game. 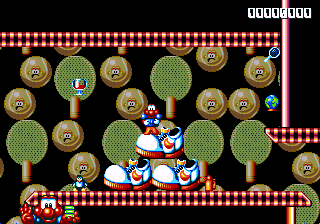 Collecting the penguin, oil can, wine glass, Earth and racket items, in that order, will replenish Pond's power meter. 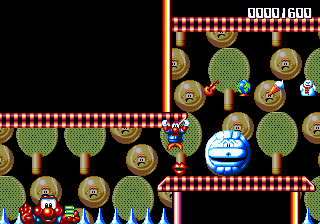 In the first level collect the lips, ice cream, violin, Earth and snowman items in that order to get unlimited lives.