A dark shadow has struck the land. The waters of the River of Time have stopped and the Tree of Life in the Garden of Illusion is dying. King Pete is told by the advisor that only a king can find the legendary Water of Life to heal the land. The cowardly Pete makes Mickey, a laundry boy, an honorary king. Reluctant at first, Mickey sets off to save the kingdom. Mickey travels to King Goofy and King Donald to ask them for help. Along the way, he encounters a Sphinx statue in the forest that instructs him on how to enter the Realm of Illusion and find the Water of Life.

Similar to the preceding 8-bit Illusion games, Legend of Illusion is a platform game with gameplay based around Mickey being able to grab objects. Mickey can be moved around with

. He grabs items by pushing the D-pad toward them while standing adjacent to them and picks up and throws items with

. He also pushes and pulls switches with

depending on the orientation of the switch). Mickey can grab items in mid-air. Grabbing and moving objects is often used to solve puzzles necessary to complete the levels. Unlike its predecessors, Mickey defeats enemies by throwing bars of soap (and later rocks) with

to defeat them rather than by bouncing on them. Mickey can also throw objects at enemies to harm them. He can throw soap and objects while jumping. He can swim underwater with

. He can climb and descend vines and ladders with

; he also grabs ropes and vines to hang off them and enters doorways when standing in front of them with

Mickey has a Power Gauge that indicates his health. He loses one point when he is hurt by an enemy or hazard. The game awards the player bonus points for completing each level with more health points. If Mickey loses all of his health points, he loses a try. The game ends if he runs out of tries, but the player has an unlimited number of continues. Certain items found in Treasure Chests can restore points. Mickey also gains more points over the course of the game by receiving pendants from characters. 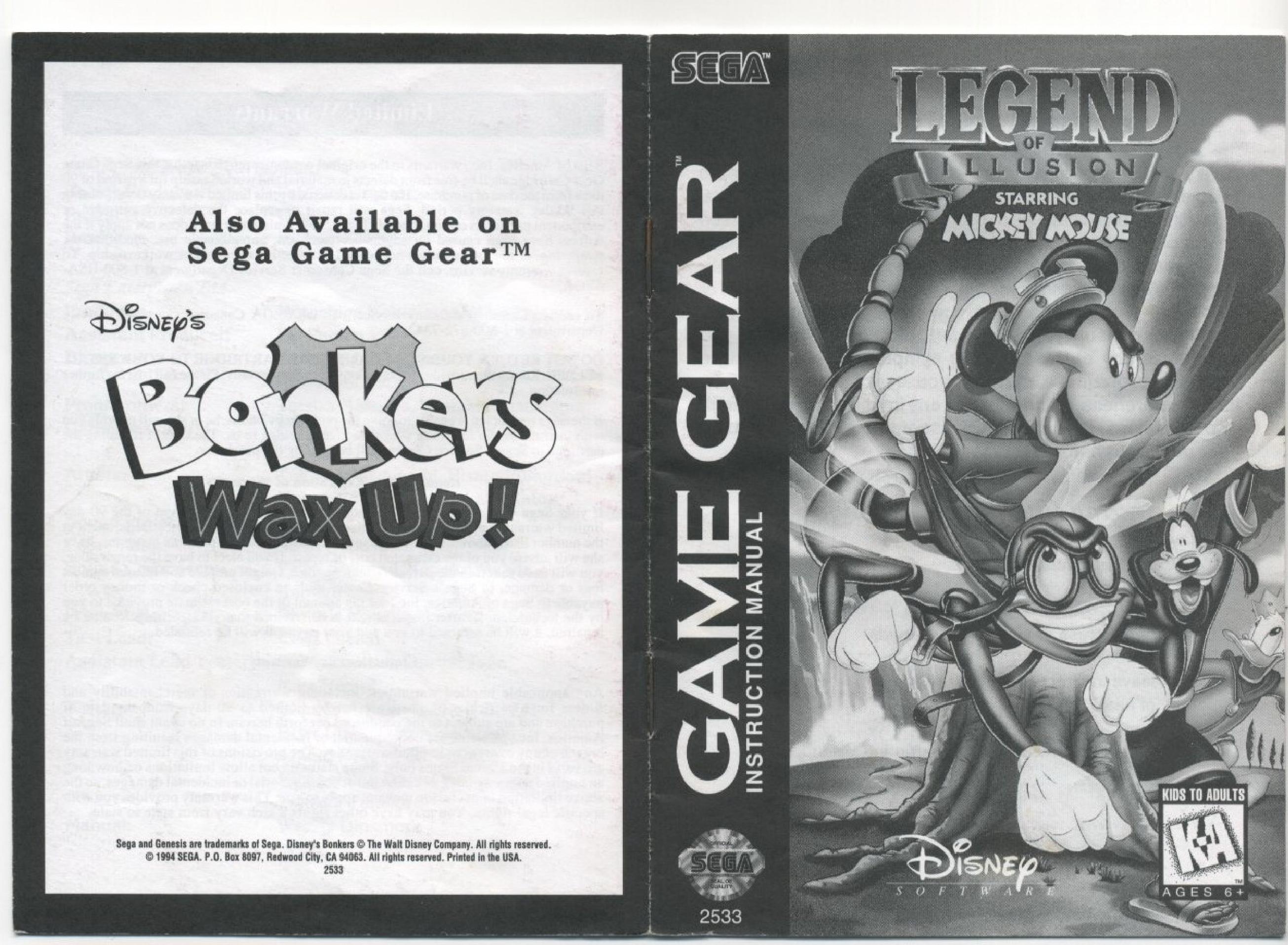