Though it was developed by Sonic Team (a Sega subsidiary), Ubisoft published the game outside of Japan. 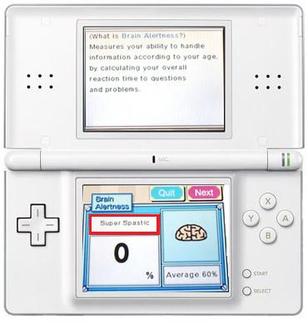 On 29 June 2007, Ubisoft, the game's publisher in that region, voluntarily pulled the game from store shelves in the UK upon complaints that the word spastic, a term that is offensive in the UK, was triggered when the player didn't perform well on certain questions. Ubisoft stated "As soon as we were made aware of the issue we stopped distribution of the product and are now working with retailers to pull the game off the market."[4]

The only country where the European English version of the game was sold is Australia since the term is not considered especially offensive there or overly sensitive.