Star Trek: Starfleet Academy Starship Bridge Simulator is a Star Trek-themed game developed and published by Interplay for the Super Nintendo Entertainment System, later brought to the Sega 32X in a conversion developed by High Voltage Software and published by Sega due to Interplay's withdrawing from the 32X market.

The game has the user complete the combat element of Starfleet training, where he/she must fight a variety of monsters and enemies while conducting services and repairs on his/her ship.

Starship Bridge Simulator on the 32X is a complete upgrade over its Super NES counterpart, with higher resolution visuals, a wider use of colour and improved sound. The 3D visuals are also more detailed, though both versions operate at a noticeably low frame rate. 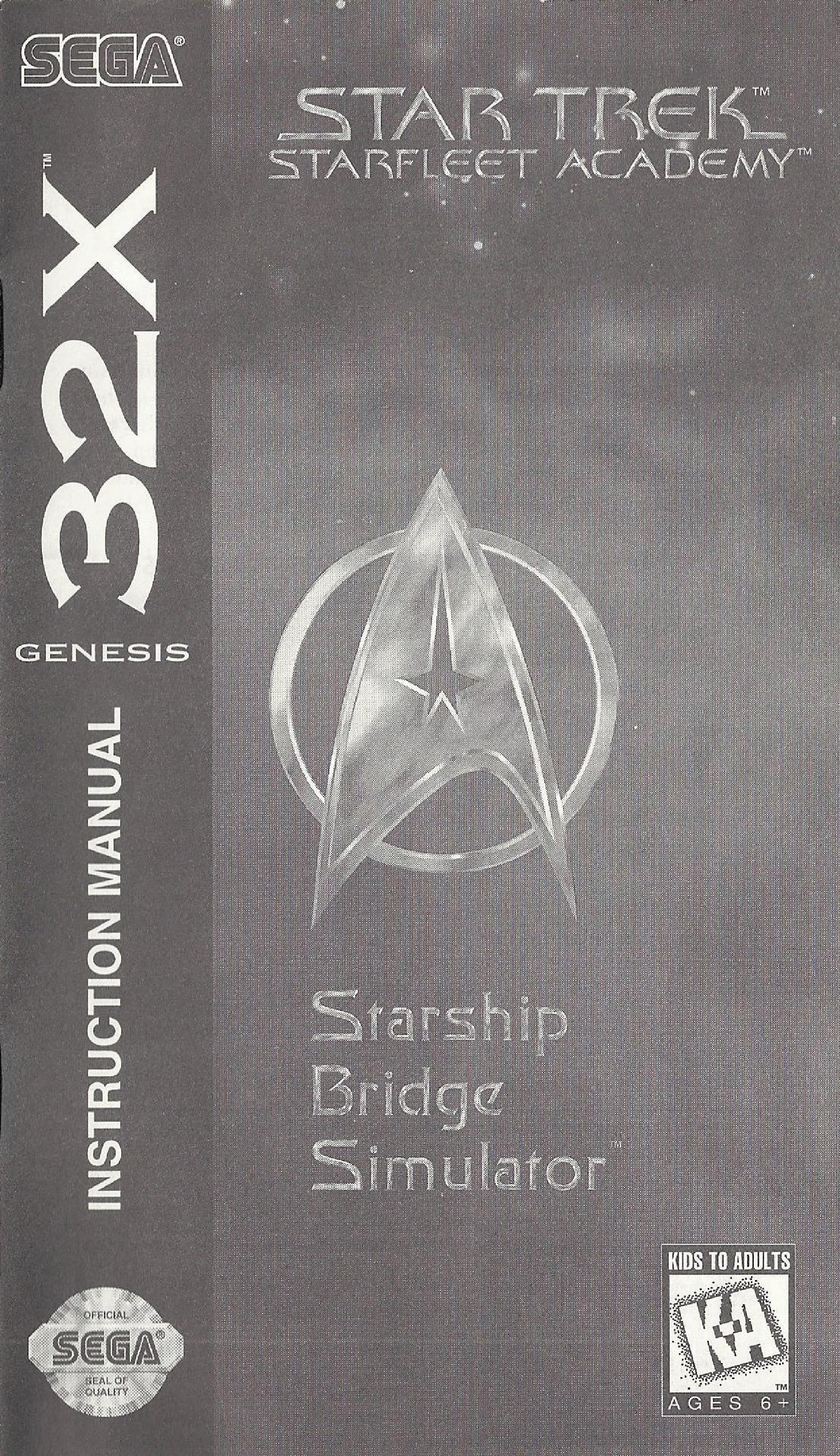