I think it might be an idea to put all the MagazineNameXX templates on CDN, and then link to them from here with {{raw:cdn:MagazineNameXX}}. They are likely to be referenced by all 3 wikis. CDN doesn't have extension:variables installed, but the templates will work here anyway. - Hivebrain (talk) 15:50, 11 August 2016 (CDT)

If it's possible, then sure. I've tried doing similar things in the past but it hasn't worked out too well with template parameters (I'm guessing the "raw:" prefix fixes that?).
The Magtable templates will need similar treatment. I'd say ratings too, but I still like to think that one day we'll be able to generate a high scores list somehow, and shoving it on RetroCDN might complicate things. -Black Squirrel (talk) 16:14, 11 August 2016 (CDT)

Parameters seem to work in my (admittedly limited) test. It looks like the local template will need prodding to get changes to appear here. I'm also not sure if using CDN templates will affect performance. I might try it out with MagazineNameUK and see how it goes. - Hivebrain (talk) 07:48, 12 August 2016 (CDT)

We've got our magazine definitions spread across two or three different pages/templates - if I want to amend something, I have to go on a hunt because I keep forgetting where things are.

I'd quite like to have all the information in one place. I was already thinking about scrapping the current Sega Retro:Publication codes and using cargo queries to generate a list (rather than having to manually maintain it) but I feel we could also define the magazine names and issue names on the same page. That is to say, if you wanted to add details of a new magazine or issue, you'd edit one page, the cargo templates would update, and the "documentation" would too.

I'm also thinking it might be useful to have the PDF scan of a magazine referenced in one of these cargo tables. That means we wouldn't have to go hunting for PDF file names. You'd just say "|mag=cvg|issue=216|page=66" and get: 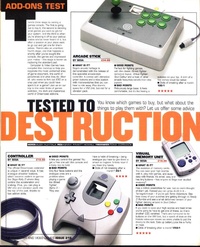 Or something. This would simplify the ratings, print advert and magazine table templates, and make it easier to work out which scans were missing.

This would allow us to generate a wiki table that not only lists every magazine and issue number, but also whether we have a scan on our network. The only obstacle I can see is getting this onto Retro CDN where it belongs -Black Squirrel (talk) 12:38, 17 September 2018 (CDT)

I'll make a few changes to make things a bit easier to manage. A single massive template containing all the magazine and issue names would be unwieldy and probably not a good idea. For PDFs, I'll make a new template (Template:IssueNameStorePlus) so we can replace Template:IssueNameStore gradually. Before I do, is there any additional stuff that we might want stored, like barcodes or whatever? - Hivebrain (talk) 16:10, 17 September 2018 (CDT)

Wouldn't hurt - price might be a thing we want to document, and maybe a more organised way of doing supplements (particularly demo discs). I was going to say ISSN numbers too but I don't think they change per issue? -Black Squirrel (talk) 16:16, 17 September 2018 (CDT)