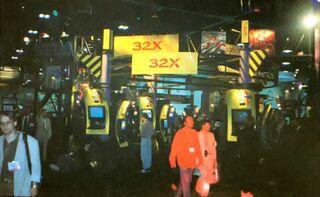 In order to promote or announce new ventures, Sega attends trade events, either those set up by the industry at large, or occasionally, by Sega themselves. It gives both the press and general public a chance to see what the corporation has been working on.