Sega Music Group: 1995 Sampler is a promotional album given away by Sega at Winter CES 1995. For the most part it exists to promote Sega of America's music team, specifically Spencer Nilsen, Count Zero, Eric Martin, David Young, Pastiche, Howard Drossin, Barry Blum and Tristan des Pres, with some music brought over from the North American version of Sonic CD.

This disc was not released commercially, although many of the tracks have seen outings in other albums such as Sega Power Cuts 1, Ecco: Songs of Time and Sonic the Hedgehog Boom. 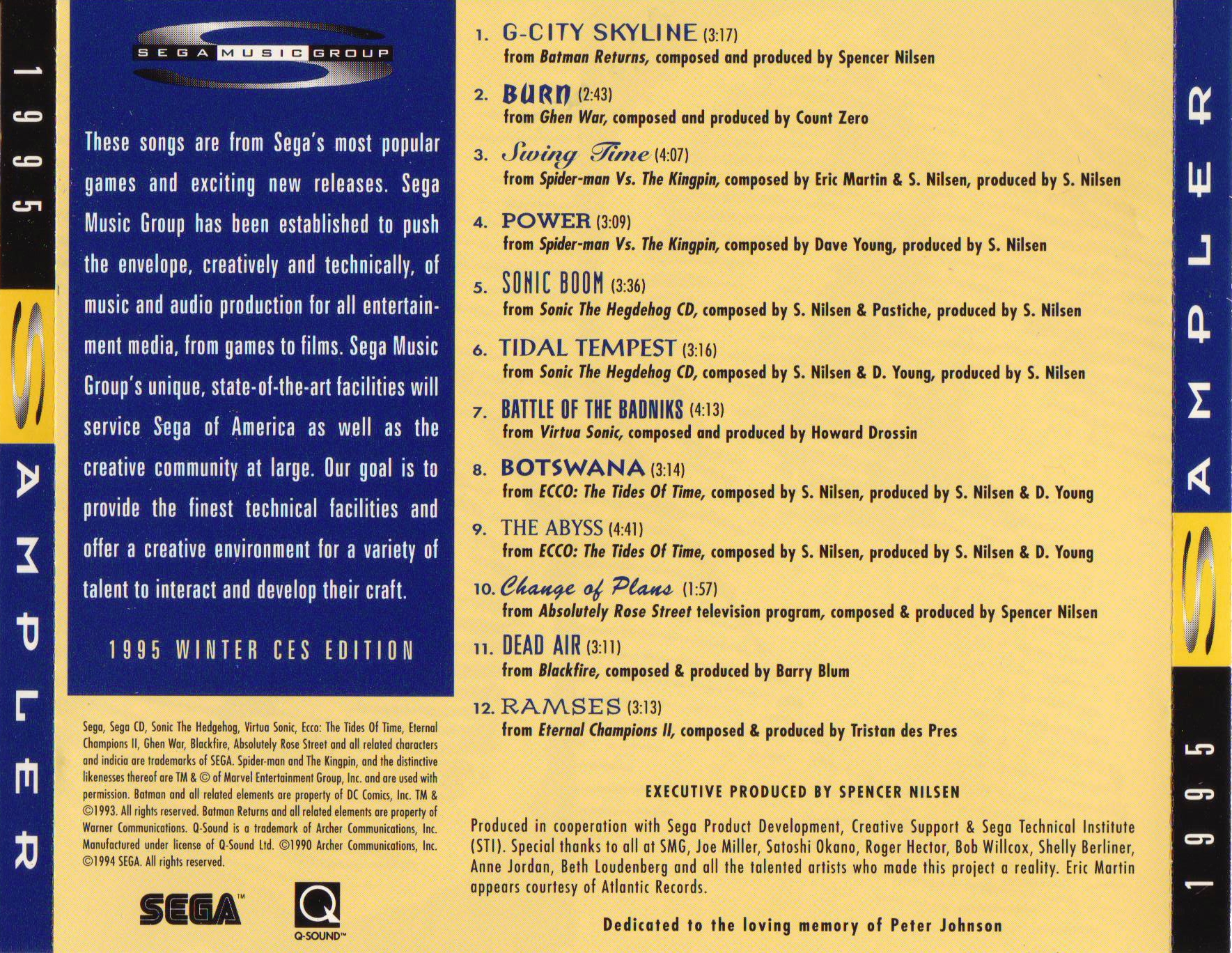