Back to: Streets of Rage 2. 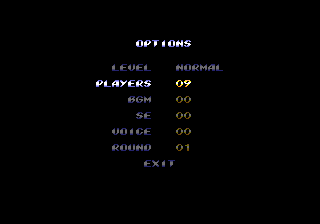 On the main menu, hold

on the second controller while selecting "options" with the first. In addition to adding an option to select the starting round, the "players" value will now go up to 9 (by default the maximum number is 5), and two extra difficulty levels ("Very Easy" and "Mania") will be unlocked. These options are enabled by default in 3D Streets of Rage 2.

Play as the same character 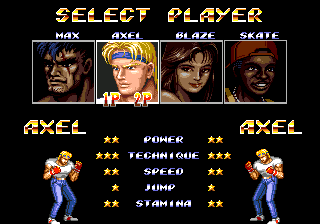 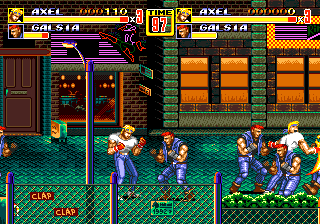 On the title screen, hold

on Controller 2, then press

on Controller 2 while still holding the aforementioned buttons. Both players will now be able to select the same character as each other. 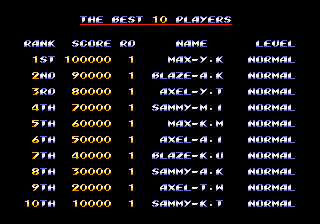 On the high score screen, holding

prevents the game returning to the Sega logo, allowing the player to read the scores at their leisure. 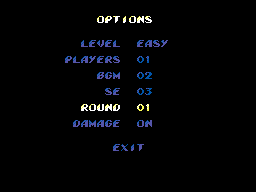 In the options menu, set Level to Easy, Players to 01, BGM to 02 and SE to 03, then highlight Level and press

. This will add a level select and an invincibility option to the menu.

. This will add a level select and an invincibility option to the menu.