Bust-A-Move, known as Puzzle Bobble (パズルボブル) in Japan, is a puzzle game created by Taito as a spin-off to their popular Bubble Bobble series. Originally released in arcades, the game was brought to the Sega Game Gear in 1996 by Santos. It is the only portable port of the original game.

It was the last third-party Game Gear game released in Japan and the only non-Sega game to use the Kid's Gear brand.

. The launcher can be aimed more precisely by holding

. The fired bubbles travel in straight lines (possibly bouncing off the sidewalls of the arena), stopping when they touch other bubbles or reach the top of the arena. If a bubble touches identically-colored bubbles, forming a group of three or more, those bubbles (as well as any bubbles hanging from them) are removed from the field of play and points are awarded. The color of bubbles fired is randomly generated and chosen from the colors of bubbles still left on the screen. Bubbles are fired automatically if the player is idle.

After every few shots, the ceiling of the playing arena drops downwards slightly, along with all the bubbles stuck to it. The screen shakes the turn before the ceiling drops as a warning to the player. The number of shots between each drop of the ceiling is influenced by the number of bubble colors remaining. The closer the bubbles get to the bottom of the screen, the faster the music plays, and if they cross the line at the bottom, the game is over. Because of this constraint, each round effectively must be completed within a certain number of moves. Most rounds are designed such that the player must be strategic and pop bubbles with longer chains of bubbles hanging from them in order to finish before the ceiling drops too low.

The game includes the 30 rounds from the original arcade game along with 70 new ones for a total of 100 rounds (including the final boss fight with Super Drunk). These are the same 100 rounds that are also available in the Super NES and 3DO versions of the game. The game has a password system so the player can continue from any level later.

There is also a Versus Mode and a Challenge Mode. The Versus Mode can be played against the computer or against another person over a Gear-to-Gear Cable. In this mode, any bubbles hanging off the busted bubbles are dropped on the opponent's side. Against the computer, the player tries to win the best of three rounds against ten different computer opponents. Against a person, players can choose to play a single round or a best of three, five, or seven games. The Challenge Mode is an endless mode that continually feeds new lines of bubbles as the player eliminates them.

There are three new bubble types absent from the arcade game, which have special effects when they are hit by another bubble.

The format of Bust-A-Move has been extremely successful for Taito, moreso than the original Bubble Bobble or Rainbow Islands. As such, the Bust-A-Move series has seen numerous sequels (starting with Bust-A-Move 2: Arcade Edition) and several similar clones. 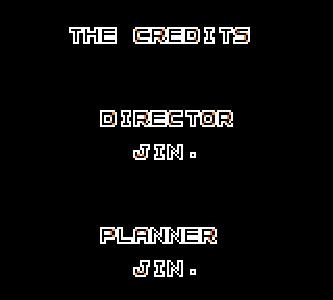