A Japanese ambient musician, Nonaka was mentored by popular electronic artist Haruomi Hosono, and later recruited him as a founding member of Multimedia Creators Network.[2]

Approached by Pioneer to assemble a varied team of media artists to produce software for their upcoming LaserActive platform, Nonaka founded Multimedia Creators Network, notably adapting his own home into a recording studio and game development office. The group would go on to release three titles for the system: 1994's 3D Museum and Melon Brains: Exploring The Mind Of The Dolphin, and 1995's Goku, with a fourth title, UFO & ET, planned but ultimately cancelled.[2] 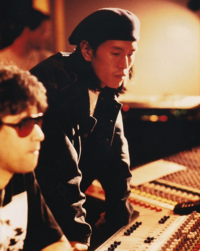