Multimedia Creators Network (MmCN) was a Japanese software development group commissioned by Pioneer to produce LaserDisc-based content for their LaserActive platform. Working closely with video production companies Studio Garage and Media Garden, the group would go on to produce three titles for the platform, with a fourth planned but eventually cancelled.[2] 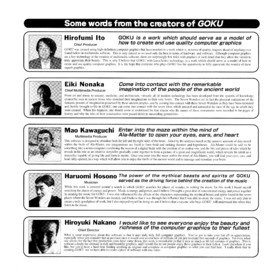 Founded in 1992[1], the group consisted of digital and analog artists, programmers, musicians, and media creators assembled by Japanese ambient musician Jotaro Nonaka (aka Eiki Nonaka). As renting space for the group's development studio would have been significantly expensive in Tokyo, Nonaka instead converted his own house into the development studio, with his living room becoming a professional recording studio. The physical studio was named Media Garden Studio (in reference to the large Japanese garden that surrounded the property), and a company was founded to manage the studio's affairs, Media Garden (which still remains in business.)[3][4]