Magical Taruruto-kun (まじかる☆タルるートくん) is a 1992 action game for the Sega Mega Drive by Sega and Game Freak to tie into Tatsuya Egawa's/Shueisha's Magical Taruruuto-kun manga, which had been recently turned into an anime by Toei Animation.

Honmaru Edojo is a fifth grader who lives in Tokyo. He is an outcast and a loser until he meets Magical Taruruto, whose powers help Honmaru deal with all his hardships, including girls and bullies. One day, there is a disturbance at the elementary school, which Taruruto-kun must investigate. He learns that the mischievous magic troll Raivar is causing trouble and must be stopped.

The game is a platformer played as the young magician Taruruto-kun. Taruruto is moved with

and can glide by holding

again while in mid-air. His glide allows him to cover more horizontal distance and to slide into narrow spaces. Taruruto breaks into a run upon landing after a glide. Taruruto attacks with his wand with

. When standing next to an object, Taruruto can grab the object with

and throw it at enemies with

Taruruto gains a new magic power after every stage, which can be used with

. Magic abilities have limited uses, but the player can find items that give Taruruto more uses. The player can switch the current magic ability with  START .

Taruruto has a life gauge with three hearts and loses a heart each time he takes damage from an enemy. He loses a life if he loses all of his hearts or if he falls down a bottomless pit. The game ends if Taruruto loses all of his lives, though it can be continued as long as there are continues remaining. 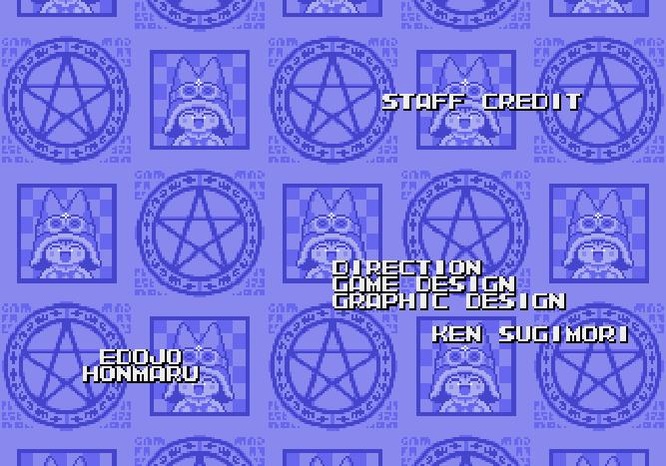