Sassou Shounen Eiyuuden Coca-Cola Kid (颯爽少年英雄伝コカ・コーラキッド) or just Coca-Cola Kid is a Sega Game Gear game developed by Aspect and published by Sega in 1994. It was only released in Japan, and features the then-mascot of the Coca-Cola drinks franchise, the Coca-Cola Kid. At the time of release a special red version of the cartridge was bundled with a Coca-Cola branded red Game Gear.

Cokey, the Cola-Cola Kid, has to save his teacher, Ms. Sakurako, after she is kidnapped by Mr. Iwayma.

The game is a platformer in which the player controls the Coca-Cola Kid. It is strikingly similar to Aspect's previous title, Sonic Chaos, with similarly paced gameplay and rules, similar control and moves, similar title cards (and Sega logo), and recycled sound effects. Cokey controls similarly to Sonic and can move with the D-pad and jump with

. Some levels have a skateboard, which Cokey can jump on to automatically skate forward quickly. He loses the skateboard if he takes damage.

Instead of jumping on enemies to defeat them, Cokey's primary offensive move is a kick with

, which can also be done in midair. He can kick enemies but also objects, including crates that contain power-up items. He can perform a spin dash-like move with

, which allows him to move forward with a burst of speed, defeating enemies he hits or breaking through certain walls to access hidden areas. He can slide along the ground with

, which defeats enemies as well but can also be used to slide into narrow passages. Both moves can be used to jump farther by following them with

Cokey starts the game with three hit points and loses one when he touches an enemy or a hazard such as a spike. When he loses all of his hit points, he loses a life. Levels contain power-up items that replenish lost hit points. Cokey loses a life regardless of remaining hit points by falling into a bottomless pit or if the timer reaches 9:59. When he loses all of his lives, the game ends but the player can use a continue. The game includes an item shop at the end of each stage where the player can buy more hit points or continues in exchange for coins, which can be found throughout the levels. The player is encouraged to spend time exploring the levels to find coins.

Items are found in crates. Break the crate open to automatically collect its item, if it contains one.

Stages are broken down into three Areas, similar to Sonic's Acts. For the first two Areas, Cokey must simply make it to the end. The last Area is dedicated to a boss fight.

After each stage concludes, the player is taken to the item shop, a Coke machine that sells items in exchange for coins. 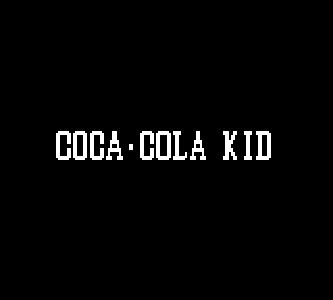