Not to be confused with Sega Sports. 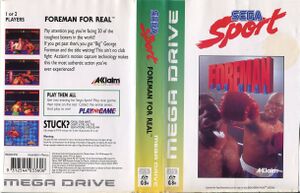 The Sega Sport range also contained a coupon to claim a Sega branded Sports Watch. A sticker advertising the promotion can be found on the outside of an original Sega Sport game case.