Back to: Shaq Fu. 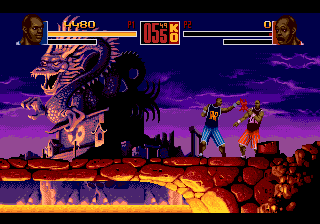 In the options menu, press

. The screen should flash if entered correctly.

Unlike Mortal Kombat's infamous blood code, the code here just swaps out the hit effect graphic and can be tricky to see.