Back to: Virtua Fighter.

Several unfinished characters exist in the game, all with a very basic moveset and some attacks copied from other characters: 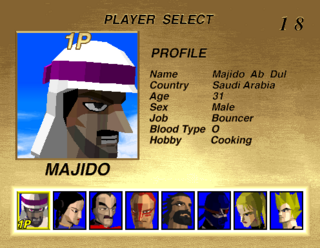 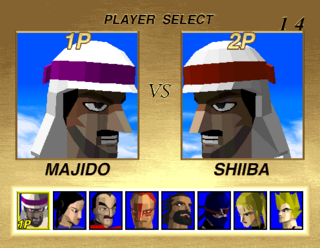 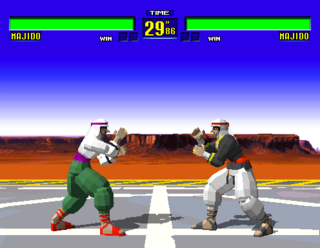 The most infamous of the scrapped Virtua Fighter cast, "Majido Ab Dul", also known as "Shiiba" was replaced with Akira at what appears to be very late in development, so much so that his portrait appears on some arcade cabinets. This is the only character who would officially see the light of day, becoming "Siba" (and given a sword) in the Sega Saturn game, Fighters Megamix. 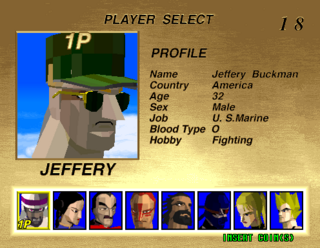 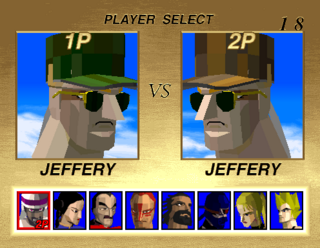 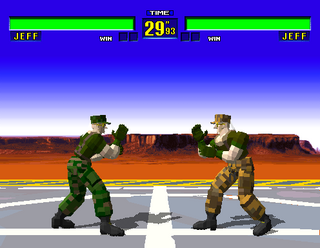 "Jeff", or "Jeffery Buckman" is a military type likely named after Virtua Fighter designer, Jeffery Buchanan. His first name was recycled for Jeffry (who spent much of the game's development as "Willie"), but the character himself was axed early on.

With director Seiichi Ishii moving to Namco to work on Tekken, it is speculated that this character design may have been recycled for its fighter, Jack. 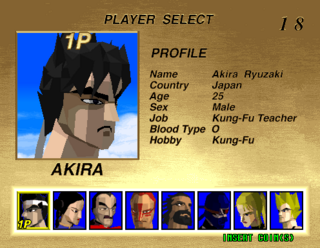 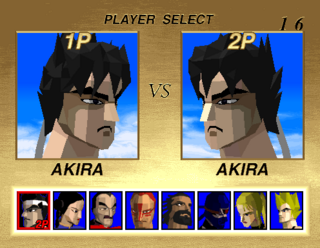 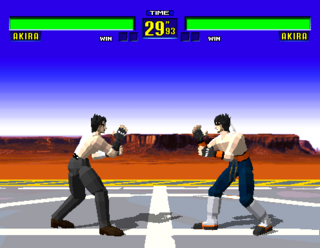 An earlier, angrier-looking Akira with a different surname. The character was given a redesign, but this prototype version still exists in code. 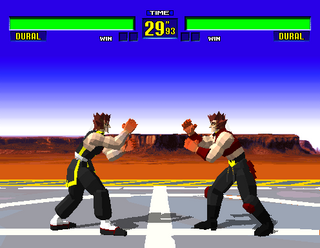 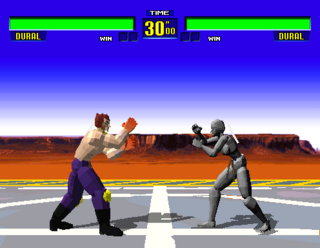 An unknown fighter that breaks Virtua Fighter tradition by having three outfits instead of two.

As the rolling demo plays, hold

. If kept held, a few pages of credits will appear.

With the cursor hovering over Akira in the player select screen, press

. A sound should play if successful, and while the portrait will still be Akira's, once the game starts, Dural will be selected.

On the title screen, press

12 times, then go to the options screen, where the announcer should say "K.O.". Scroll down to exit, press

so that you're highlighting an unseen menu, then press a button; this will open "Options+", which lets you select a stage and adjust the ring size. 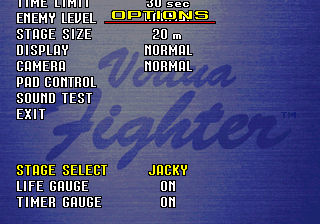 On the title screen, perform three circular motions on the D-Pad in one direction, then two in the opposing direction. Each circle will produce a punching sound, and when completed, the announcer will say "K.O." (alternatively use the Action Replay code 01554E:5338). This will add three extra options to the option screen, which can be seen by scrolling down below the "Exit" option. 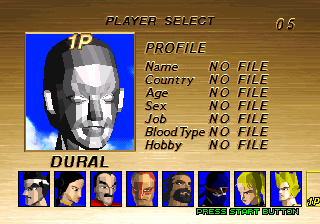 With the cursor hovering over Akira in the player select screen, press

Normally, selecting a character with

makes no difference to the colour of their clothes. However, a further six colours can be accessed by holding either