Mortal Kombat 3 is a fighting game and is the sequel to Mortal Kombat II. It was initially released in arcades in 1995, though was brought to the Sega Mega Drive, Sega Master System and Sega Game Gear, DOS and Windows-based PCs, the Game Boy, PlayStation and the Super Nintendo in the following years. The Sega Master System version of the game was an exclusive Brazilian release by Tec Toy and is mostly identical to the Game Gear version, save the larger resolution.

Unlike Mortal Kombat II, Mortal Kombat 3 did not appear on the Sega Saturn. Bernie Stolar (in his pre-Sega days) secured a six-month exclusivity deal for the PlayStation, and while a Saturn version was eventually announced by GT Interactive Software for release in early 1996[5], it is thought to have been dropped in favour of the updated Ultimate Mortal Kombat 3.

Using the Outworld Tournament from Mortal Kombat II as a diversion, Shao Kahn's forces have invaded Earth, and it is up to Raiden's chosen warriors to stop him.

The game plays much like its prequels Mortal Kombat and Mortal Kombat II, although with several new additions to the gameplay. After selecting a character, players can choose a 'tower', which determines the order and number of opponents fought before reaching the final opponent, Shao Kahn. Before each fight, if two players enter a certain sequence of codes before the fight begins, a code will be activated, enabling one of several different effects, such as the disabling of certain moves, having the winner of the match skip directly to one of the final opponents, or starting a mini-game.

A combo system is also introduced in this game, with the game displaying the number of hits and damage inflicted with each one performed. All characters have their own specific combo string performed by hitting a certain sequence of buttons while close to the opponent. Characters are also now able to run towards each other with the use of a dedicated button, although use of this move is limited by a meter displayed under the character's health bar.

Characters get two fatalities, a friendship, and a babality each, with a new kind of finishing move known as an Animality introduced, where the character will transform into an animal before killing off the defeated opponent.

Mortal Kombat 3 makes significant changes to the game's cast, with even returning characters such as Sub-Zero sporting a very different look. Most notably, Mortal Kombat 3 takes some steps to reduce the number of palette-swapped characters - only the "cybenetic ninja" robots share sprites. MK3 is also notable for omitting fan-favourite Scorpion.

Despite being the more technically advanced game, the Mega Drive Mortal Kombat 3 is a closer match to its arcade counterpart than its two immediate predecessors, Mortal Kombat and Mortal Kombat II were to theirs. The port is again limited by the lack of on-screen colours, and much lower sound quality than the arcade version, however the latter also applies to the Super NES port, whose sound is noticeably more muffled than other versions of the game.

Some of the finer details in the Mega Drive version, such as the HUD and menus (not to mention the larger resolution), are more accurate than on the Super NES, however while the Mega Drive version retains more of the arcade game's character animation, the larger colour palette of the Super NES generally leads to a better looking game. Content-wise the two are identical.

The Master System and Game Gear versions, however, are severely stripped down, with fewer playable characters, far fewer frames of animation and fewer moves. In contrast to the 8-bit Sega ports of Mortal Kombat II, there are virtually no backgrounds in Mortal Kombat 3, no voice samples, and in the Game Gear version, no in-game music when fighting.

Like the previous games, the third game was banned and the only available version was the one on Game Boy. In 2005, the game was unbanned. 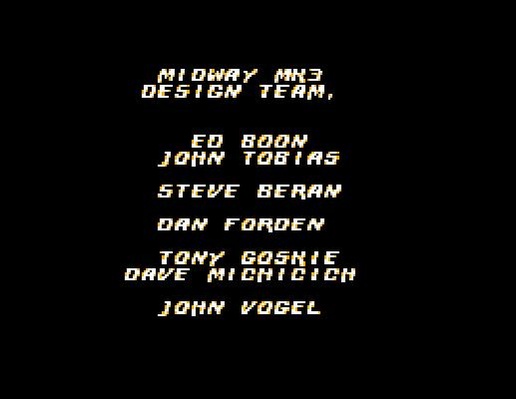