Sonic Studio, formerly known as Sonic Pillar, is a division of Sega of America dedicated to handling the Sonic the Hedgehog franchise.[2] Headed by Chief Brand Officer and Sega of America Senior Vice President Ivo Gerscovich[2], and managed by Sonic Team veterans Takashi Iizuka and Kazuyuki Hoshino[3], the studio ensures the brand is presented consistently[2], handles marketing, merchandise, and press releases[2], and has a significant hand in the planning of new Sonic the Hedgehog games.[3] It also produced the award-winning television series Sonic Boom.[2]

While the studio employs its own producers and artists, Sonic Studio does not develop video games.[3] 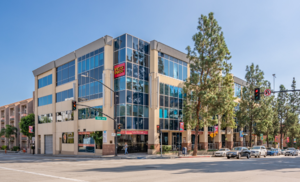 Sonic Pillar was founded in 2015 to consolidate the production and management of the Sonic the Hedgehog franchise into a single company. Its staff is assembled from Sega's various international branches, with key Sonic Team developers like Takashi Iizuka and Kazuyuki Hoshino[3] working directly through the company. Sega of America's dedicated social media team, Social Team, was also absorbed into Sonic Pillar. In 201x, it was renamed to its current title of Sonic Studio.