ChuChu Rocket! (チューチューロケット!) is a puzzle game originally developed by Sonic Team for the Sega Dreamcast.

ChuChu Rocket! is considered to be the first truly popular online video game released for a major video game console, and existed to demonstrate the online capabilities of the Dreamcast. In Europe, it was given away for free to customers who visited the Dreamarena online service with the Dreamcast browser. In Japan, there was a limited edition set which included a clear orange controller.

In a far away time on a far away planet, there is a space port where thousands of ChuChus live. The ChuChus are space mice who lived happily until one day when the Space Port became infested with KapuKapus. The KapuKapus are space cats with voracious apetites and naturally will eat the ChuChus if they catch them, therefore the ChuChus must ran away and escape in rockets. Albeit they're never seen anywhere in the game, the rockets are piloted by four color coordinated ChuChus:

Just like the story suggests, the objective of the game is to guide one or more ChuChus around the stage into a rocket, while avoiding the KapuKapus that stalk the stage or any holes on the floor.

Chuchus run in a straight line, will turn right when hitting a wall head on, follow corners and turn around when in a dead end. KapuKapus move exactly the same but slower. If they hit any ChuChus they will eat them, no matter how many and if they hit a rocket they will damage it and one third of the total amount of ChuChus is lost.

To control the directions both ChuChus and KapuKapus go, the player can set four directional arrows (color coded for each player: blue, yellow, red and green) on the floor and any of them passing through will follow said direction. Though any number of ChuChus can pass through an arrow, KapuKapus can only hit one twice (the first shrinks it and the second vanishes it). Eventually, the arrows also disappear past some time (they will flash first) and only three arrows can be placed without the older one disappearing. Both ChuChus and KapuKapus will disappear if they fall on a hole but they will spawn at their correspondent color coded hatches (blue for ChuChus, red for KapuKapus) and only a set number of ChuChus and KapuKapus can be at a stage (at least one KapuKapu is always present for example).

There are three different species of ChuChus:

After beating some of these modes, the following characters are unlocked: Chao and Nightopians. It's also possible to download other characters. There are also eight wallpapers hidden on the disc.

In 2001, ChuChu Rocket! was ported to the Game Boy Advance, featuring the same gameplay as the original Dreamcast release, complete with single-cartridge multiplayer gameplay across multiple GBA handhelds. The original 100 puzzle levels were included, as well as 2,500 user-submitted levels from the online service. This version was one of the system's many launch titles in Japan.

This version's level editor is capable of creating levels for 4-player battle, team battle, stage challenge and puzzle mode. Numerous new features and effects were added to the GBA version as well, some taking advantage of each player having their own screen. Predictably graphical and audio quality took a hit in the transition between the two systems.

Mobile phone ports of ChuChu Rocket! was were handled by AirPlay, and were first available on September 30, 2006. This version is also available at PlaySega (subscribers only). More recently the game has been brought to iOS and Android devices by Binary Hammer, which were removed from sale in mid-2015. 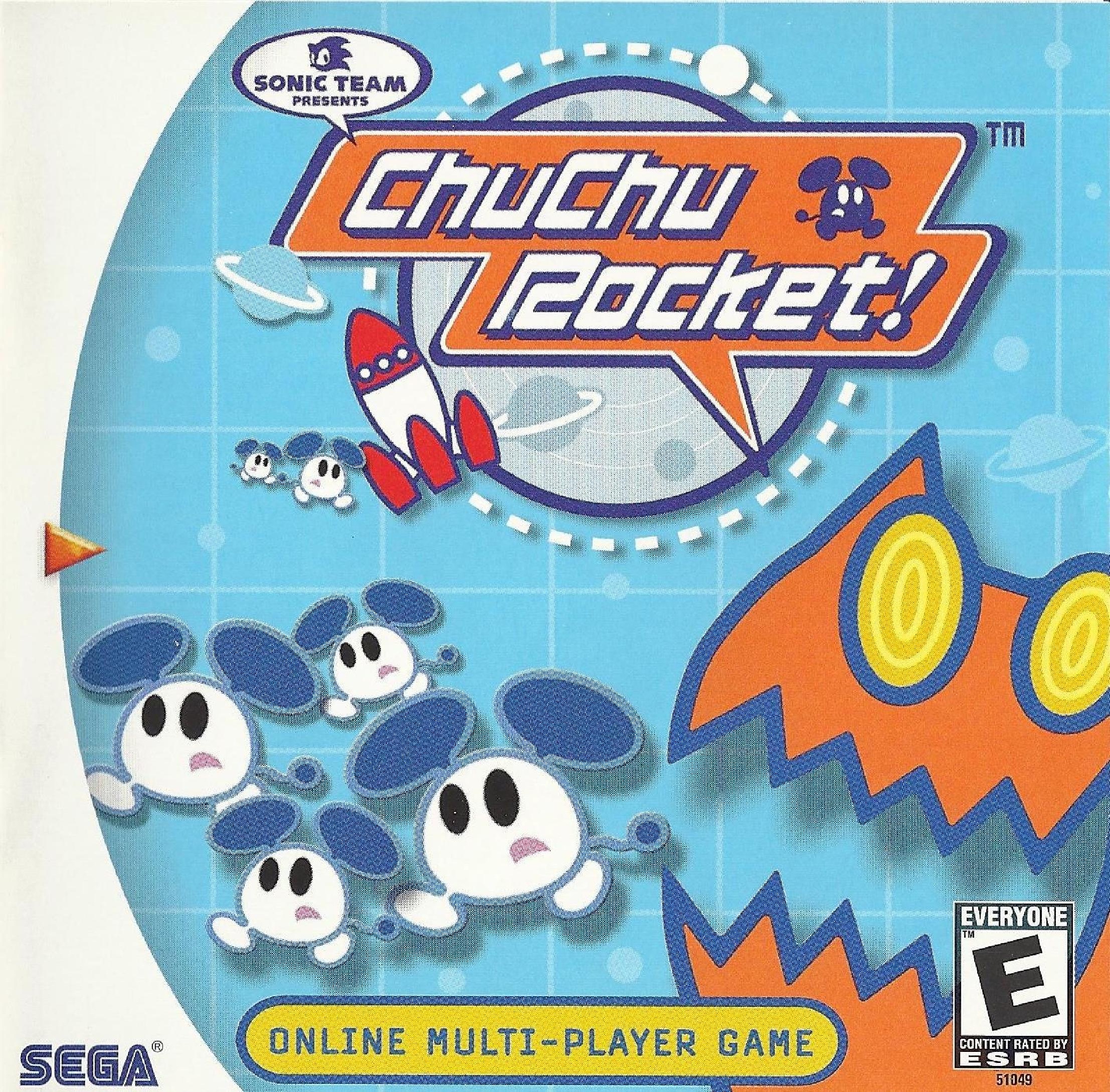 Below is a listing of the songs available to played through the Music test in the Option menu.