El Viento (エル・ヴィエント) is a 1991 action platformer developed by Wolf Team for the Sega Mega Drive and published exclusively in the US and Japan by Renovation Products. The title is Spanish for "The Wind." It is the first game to be released in a loose trilogy completed by Earnest Evans and Anetto Futatabi.

A UK release, set to be distributed by Ubisoft for £44.99 in November 1991, was planned[4] but cancelled for unknown reasons. However, the Genesis version was officially distributed in France with an extra translated manual.[5]

The story takes place in New York City during the late 1920s. Mad religious leader Henry intends to awaken the ancient and malevolent god Hastur. He plans to use the sorceress Restiana, who is descended from Hastur, as a sacrifice. He has led Restiana to believe that, rather than be sacrificed as part of the summoning ritual, she will come to possess the power of Hastur.

The Hastur cult is constructing a shrine to the dark god inside the (as yet incomplete) Empire State Building. They have hired the gangster Al Capone (Vincente DeMarcoto in the American localization) to kill the young Peruvian sorceress Annet Myer. Annet is also a descendant of Hastur and the only human capable of defeating him. Annet attempts to stop the cult from resurrecting Hastur.

The game is an action platformer. Annet can move around with

. She can crouch with

. She can perform a crouching dash by pressing

, which lets her pass over gaps. She can jump on top of obstacles by holding forward against the obstacle and pressing

. Her primary attack is throwing boomerangs with

. She has unlimited boomerangs and have multiple out at once. She can throw boomerangs while crouching or jumping. Her boomerangs are thrown horizontally but seek out targets and travel in any direction. They damage enemies and other destructibles when returning to Annet as well.

Annet can use several offensive spells, which are charged by holding

and fired by releasing it. The spell is more powerful the longer it is charged. Spells do more damage than her boomerang attacks and have different areas of effect that make them more suited to destroying certain enemies or obstacles. Casting spells expends her magic bar, which rapidly replenishes as long as she is not casting another spell. Annet starts with one spell and acquires four more over the course of the game. Each successive spell consumes more magic points to cast. The player can select a spell by holding

; the game cycles through the spells in order as long as she has enough magic points remaining.

Annet has a health bar, which is diminished as she takes damage from enemies or hazards. It can be replenished by finding items; it is also replenished at the start of each stage. Enemies also have health bars. The game uses the score as an experience gauge for Annet and extends her health and magic bars at certain thresholds. If Annet loses all of her life, the game ends, but it can be continued from the title screen as long as the player has continues remaining.

Each stage has multiple sections, culminating in a boss fight. The story is advanced through cutscenes after each stage. Earnest Evans appears briefly in cutscenes to assist Annet. 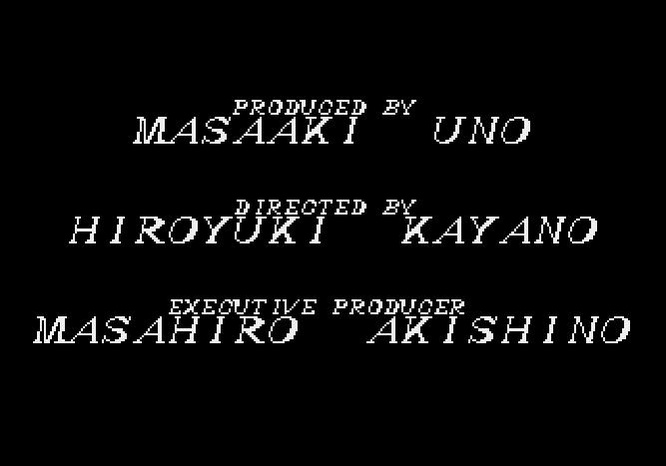