Ghostbusters (ゴーストバスターズ) is a Sega Mega Drive action platform game co-developed by Compile and Sega R&D 2 and published by Sega. Loosely based on the 1984 supernatural comedy film Ghostbusters, it was first released in Japan in June 1990, and is generally considered one of the higher-quality games derived from the popular franchise.

The Ghostbusters are three eccentric parapsychologists who start a ghost-catching business in New York City. The game is set sometime after the original film. Ghosts are terrorizing the city after an earthquake. The Ghostbusters are hired by various clients to eliminate ghosts from their haunted residences. Along the way, they collect pieces of a stone tablet and uncover a mystery.

The game is an action platformer. The player can play as Peter Venkman, Ray Stantz, or Egon Spengler, each animated with oversized heads resembling their respective actor's likeness. Each character has different health and speed attributes. Characters are moved with

. They lie down with

(but cannot change the direction that they face while lying down). They jump with

; holding the button for longer jumps higher. Characters are armed with a positron gun, which is fired with

. The gun can be used while lying down or jumping and can be aimed in the upward diagonal directions. Characters are also equipped with bombs, which are thrown with

. Bombs damage all enemies on screen. They have limited supply and can be thrown while shooting.

The player can buy items and weapons from shops before each stage begins. Items provide helpful functions, such as spreadshots and temporary invincibility. The player can switch the current weapon or select an item to use by pausing the game with  START . Weapons other than the starting positron gun cost energy to fire. They still fire after characters run out of energy but with reduced power. The player starts with little money to buy items, but acquires money from completing stages and capturing ghosts. Each stage has its own preset monetary reward, which also reflects its difficulty level (the lowest-rewarding stage is easy, while the highest-rewarding stage is hard). The player can choose to play the first four stages in any order. The player can exit the current stage at any time by returning to the beginning of the stage to access the shops and purchase additional items.

Each stage contains one or more "middle ghosts," which are sub-boss encounters. Once defeated, middle ghosts turn into ectoplasm and try to escape. The character aims his proton pack diagonally to try to zap the ghost and suck it into the ghost trap that appears on the screen. If the player fails to rope the ghost in, it tries to dive and hit the character. If it dive bombs the character twice, it escapes. If the player succeeds in capturing the ghost, the player receives a monetary bonus and partial health and energy restoration.

Once all of the middle ghosts have been defeated, the room containing the stage boss opens. The location of the boss room is indicated on a map accessed through the pause menu. Bosses have weak spots, like in shoot-'em-up games. The weak point of the Stay Puft Marshmallow Man, for example, is the middle of his face. After defeating each boss, the player receives an item that is used to advance the plot.

Characters have a life gauge that goes down as they take damage from foes. If a character runs out of life, he dies, but he revives in place if the player has extra lives remaining. If the player runs out of lives, the game can be continued as long as there are continues remaining. Characters have their life and energy gauges fully refilled at the start of every stage.

The first four stages can be played in any order. Once they have all been completed, the last two stages are played in order.

During development, the game was known under the working title Ghostbusters II. 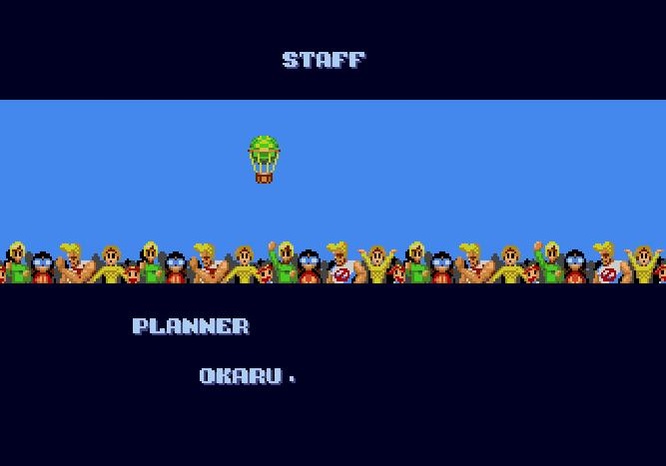