Bug!, known in Japan as Bug!: Jump Shite, Fundzukechatte, Pecchanko (バグ！ ジャンプして、ふんづけちゃって、ぺっちゃんこ) is a platform game developed by Realtime Associates and published by Sega for the Sega Saturn in 1996.

The plot revolves around the title character, Bug, an actor in Hollywood hoping to make his "big break." Players take control shortly after Bug has signed a deal for the lead role in an action film, in which his family is kidnapped by the evil Queen Cadavra and he is tasked with rescuing her. The gameplay takes place "on the set" of each scene of the movie, and cutscenes between levels show Bug moving from one set to the next.

Bug! is a "2.5D" platform game. For the most part, the game is played like a traditional side-scrolling title with movement restricted to a track. At various points in the level, Bug is allowed to travel towards or away from the camera, up vertical surfaces, and even upside down, adding a third dimension in the process. However, players are always confined to corridors, meaning gameplay is not as "open" as future 3D platformers, such as Super Mario 64. Though levels are built using 3D geometry, the objects in a level are represented by 2D sprites.

The game is set on "Bug Island" and consists of six worlds made up of three levels (called "scenes") each, with a final level culminating in a boss encounter (called a "finale"). Each level ends when Bug finds and jumps on a "Bug Stop." Levels often contain branching paths that lead to additional items or converge back to the main path. It is often necessary to find a switch or solve a simple puzzle in order to progress. Signs sometimes appear to warn the player of impending hazards or provide directions.

and moves in and out of the scene with

. Platforms have borders to indicate edges that Bug cannot walk or jump through. Bug can push some platforms by moving into them. He jumps with

. Enemies come in the form of insects and are defeated by jumping on them. Bug can also gain two special attacks by finding items: a close-quarters zap attack with

and a ranged spitting attack with

Bug has a health meter depicted as a can of "Bug Juice." He can sustain five hits from an enemy or hazard before losing a life. Since platforms are all floating in the air, Bug also loses a life if he falls off a platform and onto the ground below. If he loses a life, he starts over from the beginning of the level or the last checkpoint. If he loses all of his lives, the game ends, but the player can find continues throughout the game.

The game has two types of bonus levels.

There are also bonus levels that can be entered within each level by finding a Coin and taking them to Daddy-O Longlegs. The game contains many unique bonus levels, including a race against Sonic the Hedgehog. The goal of each is to collect as many Bug statues as possible before time runs out (or before Bug gets squashed, which ends the bonus level but does not cost a life). Every ten statues collected earns an extra life.

Realtime Associates developed the game using Silicon Graphics workstations, which were then used to pre-render the game's characters and then convert them into sprites.[14]

According to producer Steve Apour, "Once we were working on Bug!, we'd meet twice a week to talk about gameplay, just to plow through it and decide what the system could do. Some ideas we weren't able to include, such as the 'wait animation' where Bug was going to leap up and come down right in your face."[15]

By the end of 1995, 150,000 copies of Bug! had been sold in the US, making it the second most popular Saturn game (behind Daytona USA)[4][16]. In Europe, it was the best-selling CD game across all platforms for two weeks[4]. Bug! toys and merchandise were sold in the gift shop of Sega World Sydney. According to Sega, discussions were underway for an animated TV series, though this never materialised.

AT REALTIME
AT SEGA 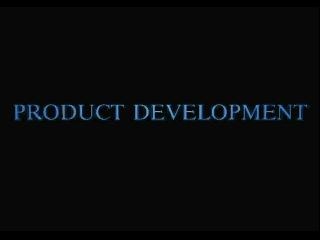 The Sega Saturn version makes use of the Saturn's internal battery back-up to save progress. The game saves when an entire world is cleared.