Defenders of Oasis, known as Shadam Crusader: Harukanaru Oukoku (シャダム・クルセイダー ～遙かなる王国～) in Japan, is a role-playing game for the Sega Game Gear. It was released in Japan in September 1992, and in North America in Winter 1992.

The game takes place in a setting influenced by the Arabian Nights and ancient Middle Eastern culture, like Beyond Oasis and Prince of Persia.

In ancient times, the hero Jamseed sealed away the dark god Ahriman and established the Kingdom of Shanadar. Although Shanadar was once conquered by Ahriman's servant, the Snake King Zahhark, it was reclaimed one thousand years later by the hero Fallidoon, and Shanadar finds peace and prosperity under successive kings. However, Ahriman begins to plot his return; he manipulates the Eflaat Empire, led by Zahhak's descendant, into searching for the three magic Rings of Light that Jamseed used to seal him away.

In the present day, the King of Shanadar tasks his son, the Prince, with escorting the Princess of the neighboring kingdom Mahamood and keeper of one of the rings. When the Eflaat Empire attacks the Shanadar Kingdom, the King gives the Prince the second ring and instructs him to escape to Mahamood with the Princess and seek aid from its king.

The Prince is attacked by the traitorous General Kohle and awakens in the lair of a resistance group. The group's leader informs the Prince of a magic lamp hidden within the kingdom's treasury, and suggests that the lamp's power can nullify Kohle's magic sword. The Prince obtains the treasury key from his dying tutor and discovers the lamp, which houses a powerful Genie who declares the Prince to be his new master. Aided by the Genie's magic, the Prince successfully defeats Kohle and avenges his tutor. The Prince and Princess disembark on a ship helmed by a captain and his son Saleem. He learns that he must find the three Rings of Light before Ahriman's servants can destroy them and free the dark god from his imprisonment.

Defenders of Oasis is a role-playing game in which the player controls the Prince of Shanadar, who must defeat the empire that has attacked his kingdom. The game is broken into five chapters. The Prince is initially solitary, but forms a party including three other characters over the course of the game. The game is played from an overhead perspective. The setting includes several villages and castles, in which the Prince is capable of conversing with pedestrians and collecting objects. Each village includes at least one shop where the player can purchase and sell items (in dinars) that can aid the Prince and his party, such as weapons, armor, and accessories. Villages also include a certain place where the party can rest and recover their hit points and spell points.

At random intervals in areas outside of a village and at specific moments in the story, the game enters combat. The battle screen displays the names of the party's current members and their amounts of remaining hit points at the top of the screen, the enemies currently attacking the player (with a maximum of three enemies appearing at a time) in the center of the screen, and a textual interface through which the player inputs commands for the characters at the bottom of the screen. During these encounters, the player characters and the enemies exchange moves until one side is defeated. As the player characters take damage from enemy attacks, their number of hit points decreases. If a character's hit points are fully depleted, the character is knocked out and unable to fight unless another character uses an item or spell to revive them; characters who are knocked out also revive with a small number of hit points if the battle is won. When all enemies on the screen have been defeated, the player characters are rewarded with an amount of experience points, dinars, and in some cases, items. Characters who are unconscious at the end of the battle do not receive experience.

Outside of battles, the player can access a status screen with  START , where the status of each character can be checked, and items and spells can be used and equipped. The human characters gain levels that increase their attributes when they acquire enough experience points. Attributes include:

The game has an autosave feature that automatically saves progress throughout gameplay.

The Genie learns more spells over the course of the game.

Some items can be purchased in shops, but others are found in chests or dropped by enemies in battle. 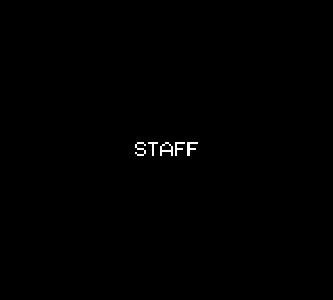