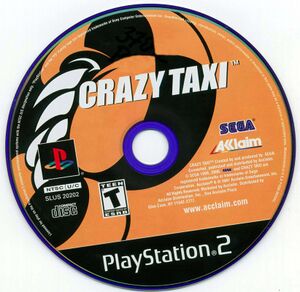 Crazy Taxi was ported to both the PlayStation 2 and GameCube shortly after the end of the Dreamcast, having been a Sega exclusive up until this point. It was very well received by critics.

After the Game Gear died, Sega toyed with developing for (or licensing to) various handheld systems made by other companies: the Game.com, R-Zone, Neo Geo Pocket Color, Game Boy Color, and Bandai WonderSwan all received a small number of Sega-licensed games.

Towards the end of 2001 it was becoming clear that Sega were no longer in a position to remain in the video game hardware business. They had already stopped attempting to compete against Nintendo in the handheld market, having released games for the Game Boy Advance, but when the Sony PlayStation 2 challenged the Sega Dreamcast and started to win, Sega decided to focus primarily on software rather than trying to engage in a marketing war.

In the first few years Sega spent a lot of their time bringing Dreamcast games to rival consoles, but rather than bringing the GameCube, PlayStation 2 and Xbox the same titles, it decided to give each console "exclusive" games. The GameCube would receive light hearted games such as Billy Hatcher and the Giant Egg to appeal to the younger audiences, the PlayStation 2 would see more mainstream titles such as Virtua Fighter 4: Evolution and the Xbox would see games such as Panzer Dragoon Orta in an attempt to build up Microsoft's Japanese userbase. These trends were not brilliant for Sega - their Xbox games especially seemed out of place and their GameCube titles helped to amplify the "kiddy" image Nintendo were trying to avoid. Later they would take a multi-platform approach, like most developers of the era.

These days Sega continue to develop multi-platform games, with the majority of their Xbox 360 titles appearing on the PlayStation 3 and occasionally PC. The Wii, having weaker hardware, still gets exclusive games from Sega as it is more difficult to convert a Xbox 360 game to a Wii one, and the handhelds also see their own library of exclusive titles. Sega are also fans of re-releasing older games via digital distribution services such as the Wii's Virtual Console, the PlayStation Network and the Xbox Live Arcade service.

This category has the following 66 subcategories, out of 66 total.

The following 38 pages are in this category, out of 38 total.