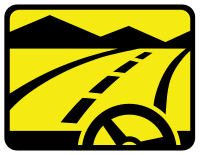 Despite Sega having more-or-less created the genre during their arcade experiments in the 1980s, the Mega Drive is generally not known for its library of racing/driving games. The hardware is unable to scale and rotate sprites natively (unlike the Sega Mega CD), which presents a problem for most first or third person racing games such as OutRun or Super Monaco GP. Some of the more intensive Sega arcade racers, such as OutRunners, were severely watered down when brought to the system. Nevertheless despite the relatively small library of racers, the Mega Drive was the best option for the genre for the first few years of its existence.

Many developers went for a more classic "top-down" approach, which in Micro Machines' case, proved successful. There were also attempts at polygon racers (Hard Drivin', Test Drive II: The Duel). Racing games would became more common in the next generation of consoles - the Sega Saturn for example, has several.