X-Men is a side-scrolling action game for the Sega Mega Drive. It was followed by X-Men 2: Clone Wars.

Unusually, the game requires the use of the console's reset button in order to progress through a certain point in the game. This means the game is impossible to complete on systems (or emulators) lacking a soft reset, including the Sega Nomad.

The game takes place in the Danger Room, a training area for the X-Men inside the X-Mansion. A virus transmitted via satellite has infected the Danger Room, disabling control and safety limits. The X-Men must endure the unpredictable behavior of the Danger Room until the virus can be located and eliminated. Once the virus is eliminated, the X-Men discover that Magneto is behind the computer virus and the final zone involves a battle with him.

The game is an action platformer played as any of four X-Men characters. Characters walk with

. Most characters can perform a spin jump or a somersault by pressing

again while in mid-air. Characters perform a "super high jump" by pressing

twice very rapidly. Characters can jump off platforms with

. Some stages have background layers that are accessed with

; characters can move back into the foreground with

. Characters do a basic melee attack with

. They also have special mutant abilities that are used with

but which cost energy. Energy slowly regenerates when it is not being used.

The game uses the Danger Room as a hub. One of the four playable X-Men characters is selected initially, then the player can enter the first combat zone by moving the character to the upper-left of the room. The character can be switched during gameplay by pausing the game with  START  and selecting a different character, but the player can only switch characters a certain number of times depending on the zone. Zones are maze-like and often require collecting keys or destroying panels to unlock doors and progress, and they each involve one or more encounters with X-Men villains.

After a zone is completed, the player returns to the Danger Room. The player can change the character here by hitting the switch under the monitors (with

In addition to the four playable X-Men, five other X-Men characters appear as part of the "backup team." These characters can be summoned during gameplay by pressing  START  and selecting one. They provide support such as attacking enemies or building a temporary platform. Assist characters can only be summoned one time, but the player can find tokens for each character throughout the game to gain additional summons.

Characters have a health bar that goes down when they take damage from enemies. If a character loses all health, the character is lost for the rest of the game and the player must restart the zone with a different character. The game ends if the player loses every character.

The game supports two-player simultaneous play, with each player controlling a different character. The game has three selectable difficulty levels (Amateur, Hero, and Superhero), but only the first three stages can be played on the lowest difficulty. 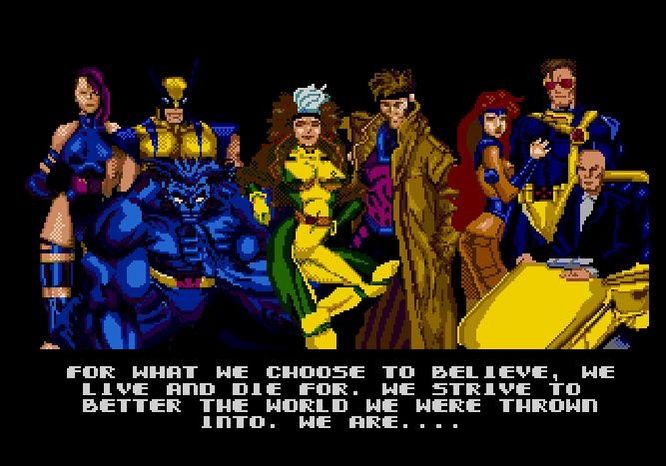 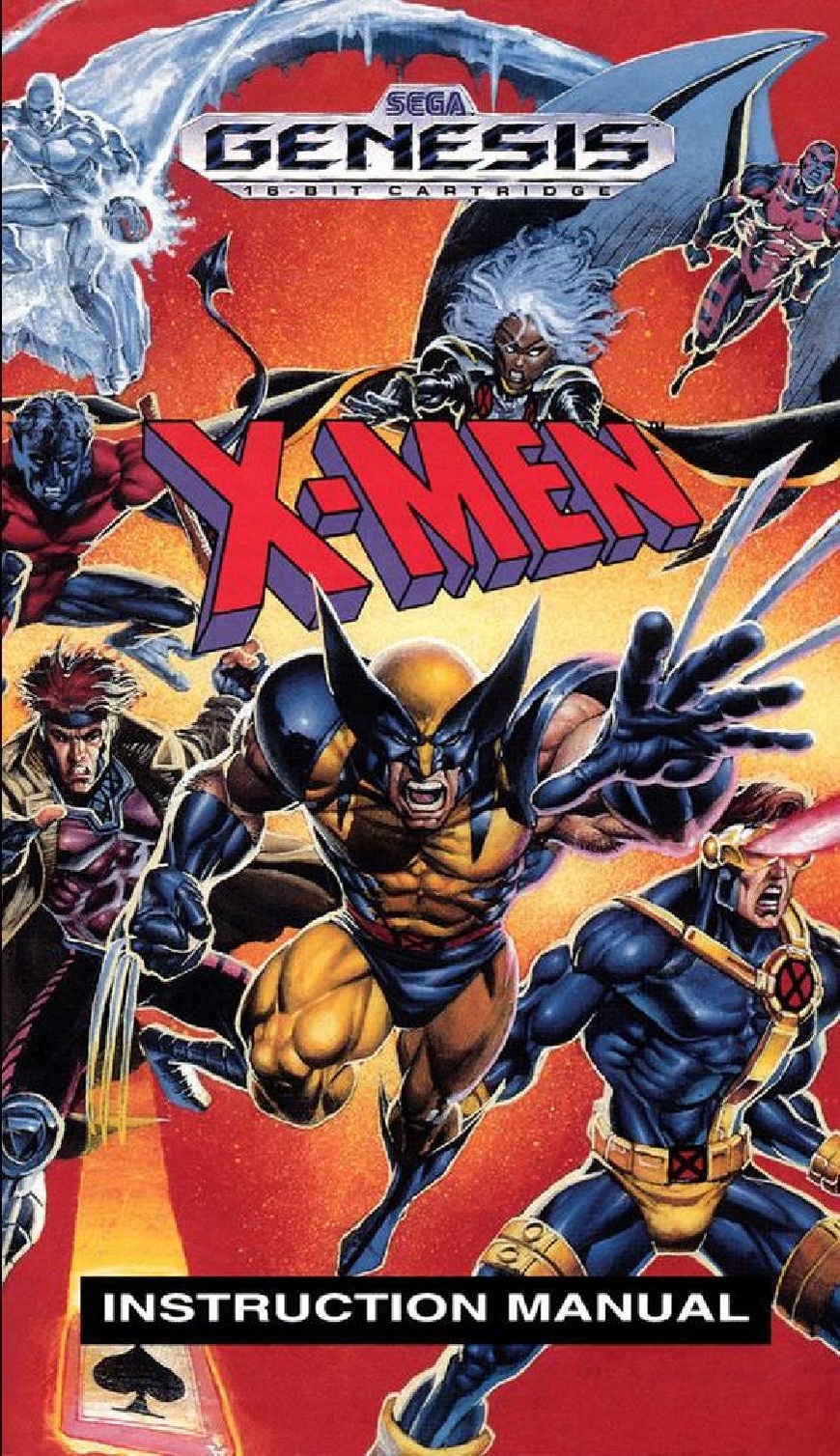