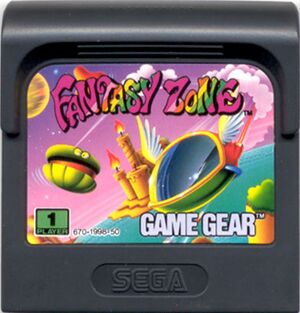 Though there are not as many Game Gear games as Game Boy ones, the Sega Game Gear enjoyed a large library of titles (approximately 390 games) to satisfy customers. One of the main reasons for this was its similarities with Sega Master System hardware, meaning Master System games could be converted to Game Gear ones without too much trouble. Unfortunately the Game Gear was subjected to watered down Sega Mega Drive ports, such as Ristar and Gunstar Heroes, in the process not receiving as many exclusives as Sega may have liked. Several Master System conversions would also not make use of the extended colour palette, or were hindered by the smaller resolution.

Though the Game Gear saw more third party support than the Master System, many of the big names (Capcom, Konami, Square) tied themselves to Nintendo's handheld. This, and hardware problems such as the low battery life, kept the Game Gear in a distant second place.

All Game Gear games worldwide were distributed in cardboard packaging, though each cartridge was given a plastic container for extra protection similar to Nintendo's Game Boy. In Japan and North America there was not a universal box design until mid-way through the Game Gear's lifecycle, where the design was made to match that of the Mega Drive. North America adopted a purple colour scheme, while Japan went with red. In Europe the "grid" design was copied from the Master System and Mega Drive, but this time featured a grey background. Unlike their other products in this region, this design was never updated. In Brazil, the box design was almost identical to the Sega Master System, though limited distribution of the console meant it was not very successful in that region anyway.

This category has the following 16 subcategories, out of 16 total.