History of Sega in Hungary

The first consoles that were sold in Hungary, just like in other communist countries, were created at the initiative of domestic companies. One of the first consoles was Elektronikus TV játék, produced by Videoton since 1976. Hungary began its transition away from Soviet-style communism in 1990, and like many of its Warsaw pact neighbours became a more attractive place for foreign Western investers. 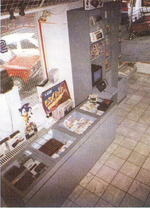 The first Sega products in this region appeared in early 1991, similar to competing Nintendo. The Sega Master System model I was the first to come here and it cost around 12,900 HUF in Videoton stores. Its price gradually decreased and in the middle of the following year it cost 9999 HUF. At the beginning of the 90s, the distributor of Sega consoles was Sinus kft. During this period, Nintendo products were characterized by greater promotion and the number of suppliers.

At the end of 1992, the first Mega Drive and Game Gear models appeared in stores. During this period, the Hungarian company Novotrade released a game about the dolphin Ecco, which became a cult game for 16-bit Sega consoles. From spring 1993, in addition to release Master System II console, an increasing interest in Sega products began. The number of sellers also increased. The products could be purchased at such stores as 576 Kbyte Shop (Comgame kft), Novotrade 2C, Videoton, Mikro C and others.

The Mega Drive and Master System were the most popular in Hungary at that time. Many companies have organized various Sega console related events such as Sega Verseny 1994 (by Novotrade 2C), Eternal Champion (by Videoton), I. Sega játékbajnokság (by Elektroház) and others. In 1994, the Pop Shop founded Sega es Nintendo Klub.

There were also fakes on the market. While in some places people could come across consoles compatible with 16-bit Sega, there were also consoles imitating Mega Drive, such as the famiclone reminiscent of the Mega Drive in a green box from Asian distribution. The most famous famiclone in Hungary - Terminator 2 was modeled on the Mega Drive console

In March 1995, the Sega Saturn console, imported from Japan, appeared in 576 Kbyte Shop. The console with one pad and the game Virtua Fighter cost 129999 HUF which was a huge price and hardly anyone in the country could buy this console. At the same time, Hungary saw the official release of the Mega Drive 32X

Saturn officially appeared in this country at a similar time as in the rest of Europe (around September 1995).[1] Unfortunately, Al-Step was not able to promote the console well. Saturn was too expensive for Hungarian conditions. The company emphasized, however, that old Sega consoles such as Master System II and Mega Drive II are still quite popular.[2] The Sega brand was slowly starting to lose its popularity, although there were other events related to it, such as Sega Verseny 1996 (via Neptun Elektronik) and TCI's technology group got the rights to distribute Sega Channel in Hungary, but it is not known that the service was launched there.

In Autumn 1996, EBM (Euro Business Magyarorszag) became the official Sega distributor in Hungary,[3] lowering the price of Saturn and continuing to sell the Mega Drive II. Despite this, the Sega brand has lost much of its popularity in this country and practically disappeared in 1998.

From the second half of the 90s until early 2000s there were 3 distributors of Sega arcades and 2 of them was Flipper-Rex Kereskedelmi Kft[4] and Novogame. Arcade machines in the 90s were popular in Hungary, but at the beginning of the 2000s they became less popular, as Novogame said, which in 2002 only received 5 orders for Sega machines.[5]

In 2002 Somogyi Hírlap magazine created an article about video game console market in Hungary which defined that 50%-Nintendo, 23%-Sony, 15%-Sega (a lot of them were from older generations), 12%-Others.

After the Dreamcast console, Ecobit in 2004 became the distributor. Sega games from Empire and Xplosive were distributed by EVM.[9]

In 2007 PlayOn took over the distribution. Since 2014, Cenega has been responsible for the distribution of Sega PC products in the country, alongside Poland, the Czech Republic and Slovakia.[10]