History of Sega in the United Kingdom

As a highly developed country with a significantly long history on the world stage (not least within the field of science, with the works of Alan Turing and his collegues at Bletchley Park effectively inventing the modern computer), it is perhaps to be expected that the United Kingdom would be an important market for video games.

In around 1960, the United Kingdom became the first export market for Sega outside the boundaries of the Pacific Ocean. A distribution chain was created allowing the firm to sell Sega Bell machines, modified to accept 6d (sixpence) coins, followed by a number of more modern products, including the UK-specific Copper Sega in 1963. The situation is currently unclear - distributors (or retailers) may have included T.A. Pecker and Ruffler & Walker.

Faced with local competitors and potentially high manufacturing costs, Sega's presence from around 1965 seems to have been more subdued. Sega themselves would not take a commanding role in the UK market until the late 1980s - it cannot currently be confirmed if any Sega product reached UK shores between the mid-1960s and early 1980s.

In 1978 the Atari 2600 (then Atari VCS) arrived in the UK, and by the early 80s Sega began to create a presence with (limited) distribution of both stand-alone arcade games and the occasional 2600 release. The arcade "boom" of North America was mirrored in much of the developed world, albeit to a smaller scale - the likes of Zaxxon and Frogger made it to the UK, but are perhaps not remembered as fondly as the culture never hit the same dizzying heights as in the US.

Instead, the UK focused its efforts on the home computer market, of which many companies, some home grown, offered a wide a range of affordable microcomputers which captured hearts and minds. While it is debatable whether any of the early efforts from Commodore, Sinclair, Acorn or Amstrad could offer the superior spreadsheet package, many were fully capable of running video games, and did so, partly in conjunction with low-price software stored on easy-to-produce compact cassettes. 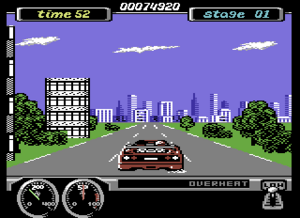 The 1989 Commodore 64 release of Turbo OutRun was a huge success for U.S. Gold.

While Nintendo's Famicom was in a position to dominate the Japanese market, and the Nintendo Entertainment System could revitalise a North American video game industry just by existing, the response to this style of dedicated cartridge-based video game machines received a much more muted response from British consumers. Exceptionally poor planning on Nintendo's UK distributor, Mattel, saw NES cartridges retail for upwards of £60 or £70, while Commodore 64 software could be purchased for as little as £1.99. However, problems with the NES can also be traced back to its 1987 release date (a full four years after Japan) and Nintendo's opinion that the European market was but an afterthought.

Sega also released its Sega Master System, the first Sega console to arrive on British shores, in August 1987. Again, Sega took a back seat, allowing distribution to be handled by Mastertronic, who marketed the system aggressively. At £99.95 the system was able to under-cut much of the competition, and while the games were still comparitively expensive to those of home computers, the £30-£40 price range still put them comfortably below the demands of Nintendo and its distributors. 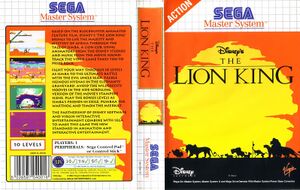 Master System games were being released as late as 1994.

The Master System was allowed to survive as a budget option, for those unwilling to shell out £400+ for a 16-bit Amiga or Atari ST, but were equally not convinced by the now-aging technology of the Commodore 64, ZX Spectrum or Amstrad CPC ranges. The Master System sold well, and while it was rarely a focus of the gaming press of the day, it built a reputation for its reliability, both in the quality of software and it lacking the shortcomings of cassettes or floppy disks.

That is not to say, however, that Sega's products avoided home computers entirely. U.S. Gold, Elite Systems and Activision all played their part in bringing popular arcade games to these systems, starting with the likes of Zaxxon and Congo Bongo in the early 80s and ending with more advanced games such as After Burner and OutRun. Thunder Blade and Turbo OutRun even won awards, often becoming best sellers for platforms they were released on.

By the end of 1988, however, the PC Engine and Sega Mega Drive had emerged in Japan, and a great deal of excitement surrounded the concept of what had become affordable, 16-bit gaming devices. Many systems were imported - the Mega Drive's install base already being quite significant before the console had even officially launched in 1990

Virgin Mastertronic, created after the merger of Mastertronic and Virgin Games, released the European Mega Drive in September of 1990, ushering in a golden age of Sega in the UK. The initial release of arcade conversions and the launch of Sonic the Hedgehog in June 1991 led to one of the most significant changes in British gaming culture. 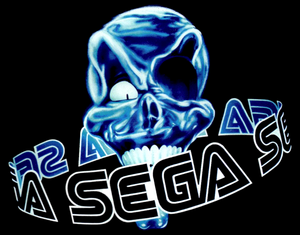 Sega had a plethora of bizarre-yet-iconic advertising strategies in the 90s.

The traditional home computer fell into decline, and, as with the rest of the world, was by 1993 was suffering at the hands of IBM PC compatibles running Microsoft Windows. Up until 1992 Sega effectively had the console market to itself - the launch of the Super Nintendo in April was highly anticipated, but while Nintendo had made leaps and bounds over their previous distribution practises, the mentality wasn't there to make it the great contender is was in the US. The 1994 release of Donkey Kong Country caused a stir, but by then much of damage had been done.

Sega bought Virgin Mastertronic, now holding the distribution rights for France and Germany, and formed Sega Europe in 1991, headquartered in the UK. Strong marketing campaigns saw Sega (and specifically Sonic the Hedgehog) produce everywhere - a deal with Deith Leisure allowed for a much more substantial push in the arcade market, and Sega's growing ambitions saw it open a number of indoor video arcades, starting with Sega World Bournemouth in 1993. In 1996 SegaWorld London opened as an indoor theme park, based on the template seen with Joypolis in Japan. 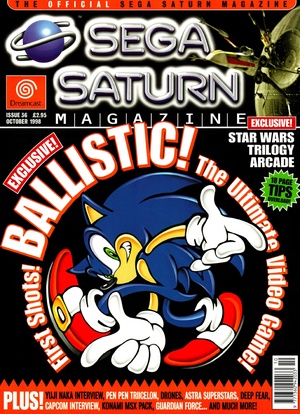 In its final days, the UK's widely praised official Sega Saturn Magazine kept Saturn fans up to date with the upcoming Dreamcast console, as well as reviewing import titles from Japan.

There were a large range of Sega-related magazines (Sega Power, Sega Pro, Mean Machines Sega, etc.) launched around the early 90s - more than most other countries in the world.

As well as catering for the Mega Drive, Sega Europe chose to keep caring for the Master System. The Sega Game Gear was also a reasonable success, though not as popular as Nintendo's Game Boy. Experiments such as the Sega Mega-CD and Sega 32X were less successful - the Mega CD being outsold by systems such as the Amiga CD32, a direct decendant of the Amiga computer range by Commodore.

Unfortunately the 1995 debut of the Sega Saturn followed a similar path to that of North America. Sony's strategy with its PlayStation was one step beyond what Sega were willing to deliver - while Sega's relationship with Europe was strong, Sony was the first platform holder to see the region as an equal partner to Japan and North America, concentrating a great deal of its marketing and development efforts in the region and seeing significant returns. The PlayStation took the mantle, and Sega were forced to take a back seat in the UK, failing to capitalise on the ever-expanding video game market of the late 1990s. 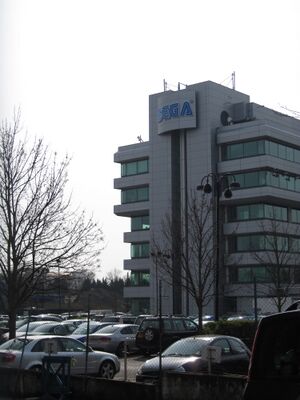 Sega Europe's head offices are situated in the UK.

Sega's final hardware comeback, the Sega Dreamcast debuted in October 1999 to much fanfare, however its success was inevitably eroded by the PlayStation 2.

For much of the 2000s, Sega's European operations mirrored that of the US, finally culminating in the creation of Sega West, headded by Mike Hayes which covered both regions. Sega invested in UK development studios such as The Creative Assembly and Sports Interactive, which in turn produced PC strategy and simulation games

In the mid-2000s AtGames, with the rights to produce Sega-related hardware, started selling products in the UK through their distributor, Blaze Europe.