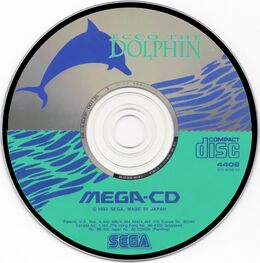 Ecco the Dolphin saw a re-release on the Mega-CD with a vastly improved soundtrack.

With 262 known titles, the library of Mega-CD games proved to be more than just an "add-on"—gaining a quarter of titles the Sega Mega Drive itself would receive before the end of its life cycle. The Sega CD was released in November 1992 in the U.S. and looked very much like the Japanese Mega-CD counterpart. Several pack-in titles were included: the Sega Classics 4-in-1 CD (Shinobi, Columns, Streets of Rage, and Golden Axe), Sherlock Holmes: Consulting Detective Vol. I, Sol Feace, and two CD+G/music CD samplers. The second U.S. production run after the initial 50,000 units had the Sega Classics 5-game CD instead of the four-game CD above. There were seven Sega CD titles available at the time of launch: Cobra Command, Night Trap, Black Hole Assault, Sewer Shark, Chuck Rock, INXS and Marky Mark and the Funky Bunch

This category has the following 26 subcategories, out of 26 total.